Why It’s Anything But Business As Usual At 3|SHARE

Imagine that a scrappy new startup hires you over Twitter (sight unseen) and the first time you meet your boss is in front of a client. Sound a little nerve-wracking? Well, that’s what happened to Paul Legan, our Managing Partner, after he was hired as a Principle Software Engineer and employee #7.

Paul first met Jess at a client meeting. As crazy as that sounds, it went off without a hitch because of one thing: trust. Jess had trust in the person he chose to join his company and in his ability to hire the best. Even on their first day.

3|SHARE began with a philosophy hatched by founders Jess Moore and Rich Brown six years ago after working for some of the giants of tech. While that experience was valuable, they knew that they wanted their company to be the opposite of the old school experience at those behemoths. They wanted to build a business where people loved their jobs; where each person could undoubtedly proclaim that it was the best job they had ever had.

In 2010 when the news spread that Adobe would acquire Day Software, the creators of Day CQ – a web content management system, Jess and Rich recognized that the existing partner ecosystem was too small to support future demand for services specific to CQ. They took a bet that Adobe had big plans for this platform, and doubled down on building a company with a 100% focus on consulting, training and managed services for CQ, now called Adobe Experience Manager (AEM).

Their roadmap was simple (well, in theory), but took creative and inspired leadership to pull off. Jess and Rich believed:

If everyone’s having a good time, enjoying each other, and aligned on goals, the culture and company success will fall right into place.

Not only is it a fantastic management approach, but it’s also the kind of company people aspire to work for. 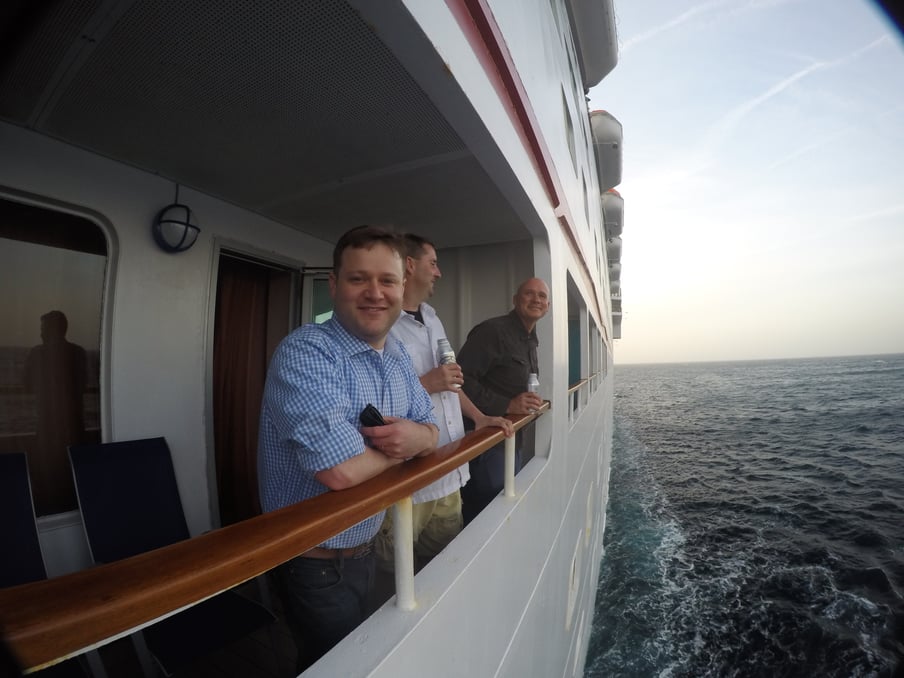 Jess and Rich were the perfect pair to start a company together. Jess, provided an unfiltered, outgoing leadership style while Rich brought great technical understanding and an analytical mind. They’re more Mick Jagger and Keith Richards than Felix and Oscar.

They set out with a mission – to hire the best talent in the world. To do this, they couldn’t be constrained by something as trivial as location. So, the decision was easy: let people live wherever they wanted, give them freedom to grow and thrive, and in return, they’ll give you all they’ve got.

There was only one hiring rule: No assholes.

Companies have written entire books for HR manuals and completely swung and missed on the most important piece: hire those that people want to work with. No one wants to work with a jackass.

Business experts have said that the people you work with is just as important as the job itself. That very piece is part of a bigger reason companies either succeed or fail: culture.

The culture at 3|SHARE starts at the top and trickles down. Since landing their first client, Jess and Rich share everything with employees in an honest, once a week, all-company meeting. This company is built on being transparent, so the team understands the bigger picture than just what they’re doing day-to-day.

"We share everything," Rich says. "That's the culture, and I think it’s the most important thing to know (when coming to work at 3|SHARE)."

That honesty comes in handy when things get a little rocky. "We wanted to be open and honest with people.  Knowing that there would be bumps in the road, we still wanted to let people grow and lead without being told every step to take." Rich said.

Get the best talent. Period.

Everyone in the industry claims to be progressive about working remote, flexibility, and work/life balance, but 3|SHARE doesn’t know any other way. Currently our team works in over six countries – it’s pretty cool to be a part of such a diverse group of people who bring together their collective experience and enthusiasm.

Allowing employees to work from where ever they call home has given 3|SHARE access to the best talent all over the world. This has resulted in the accumulation of an experienced team who spends 100% of their time on Adobe Experience Manager solutions. Rich explains that it rubs off, too. "Working with our team gives people the chance to work alongside true experts. And I think the word is out now."

While it sounded crazy to some, Rich and Jess were on to something. Cassandra Frangos, in a piece for the Harvard Business Review, Hire the Best People, and Let Them Work from Wherever They Are, explains that "Removing location as a limiting factor offers organizations access to (literally) all the talent in the world." She describes another huge benefit of mobile employees: different backgrounds not only bring diversity to a team, but also different information.

Working remotely also means putting an immense amount of trust in the employees the company hires. You hire the right people and know they’re taking care of clients and not watching Jerry Springer in their jammies. So, honesty and not being afraid ask for help is essential to thriving. 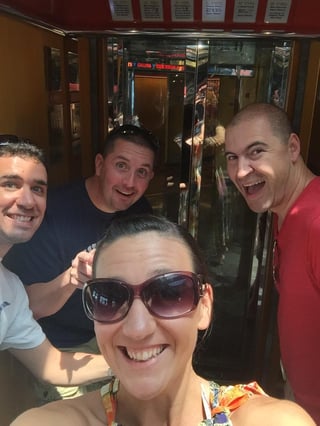 We’re a team in every sense of the word here, so teamwork is an enormous part of our culture. You don’t get hired if you’re not able to play nice with others and have a need to be part of something bigger. No lone wolves here.

One trait almost everyone shares is a background in competitive team sports. That spirit of teamwork has stayed with them their entire life and has made them better at what they do, professionally. The fire they found on the field still burns, bright. A team sports background enables them to:

Jess explains that those who’ve played team sports understand certain things about working together. "There are important traits in teams: being collaborative to solves issues, they like to have fun, and also really enjoy working in those team environments."

Our company is also relatively flat, organized in pods consisting of about ten people, in roles such as Senior Developer, Technical Architect, Systems Engineer or Project Manager with a managing partner to oversee the group. And there is a lot of cross-over between teams too – people across various teams may be working on the same client project. This structure promotes teamwork and gives employees more runway because people feel more connected than a more traditional org chart. It’ll also help the company insulate the culture and values as we continue to grow.

In a word, you have to be awesome to work here. Nothing short of that will cut it. The culture is set up to use your superpowers in ways you never dreamed, in an ever-changing landscape. This isn’t a place for mediocrity.

"If you love a challenge, this is the right place to be. Things are always changing," says Director of Project Management, Kristin Jones.

The hard work and diligence that has gone into creating this culture and collecting all this great talent has paid off, big-time. "We wake up, feeling good and in a great state of mind," Jess says with enthusiasm. "This translates to happier customers, more business, increased revenue, efficiency, and high utilization. Those are a result of culture."

It’s undeniable that the culture has impacted the entire company. The numbers speak for themselves: in the last five years as we’ve grown from 2 employees to over 100, the turnover rate is 3%. You can read that again, but it’ll still say, 3%. It’s incredible, but people love what they do and want to be a significant part of what we’re building. This consistency and high job satisfaction also contribute to why our clients love working with us.

Paul Legan agreed with the sentiment, "It really feels like a team – like you’re in it together and not managed by fear. And the work we’re doing is self-directed and meaningful. It’s kind of unreal how cool it is to work with these people."

Those that work here also share a personal connection which is fostered each year at our company "meeting" which takes place at an exotic location, such as Hawaii or Mexico. It includes the entire company and is definitely something that sets 3|SHARE apart. The annual trip is essential to the core of the 3|SHARE culture. Jess sums it up best, "These adventures take us beyond being just co-workers to a level of true friendships."

The future is bright. We feel like miners who found a strain of gold here in the United States and now time to expand globally. We’ve begun that expansion already with operations underway in Europe. The next 12 months will undoubtedly bring tremendous growth including more awesome people to work with.

When Jess was asked what one thing he wanted people to say about working at 3|SHARE, he didn’t hesitate, "We do a great job and have a hell of a good time while doing it."

Customer experience, noble cause and company culture have been the driving forces of Sharman's professional career. When she's not obsessing over conversion rates, she's recharging on a yoga mat or hiking trail.

Sign up to receive our emails and be the first to know what we know.